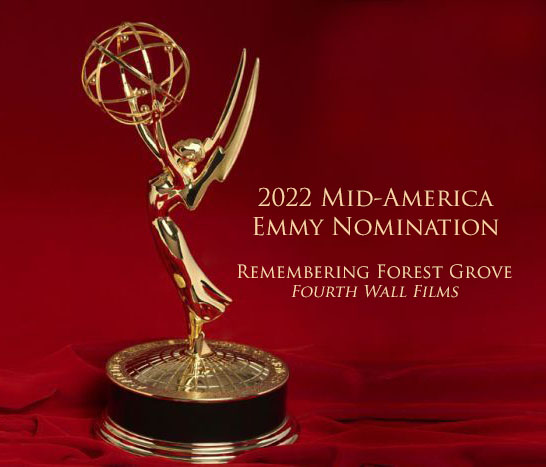 Our deep gratitude to WHBF-4's Jonathan Turner for sharing our good news about Remembering Forest Grove's Emmy nomination. We include an excerpt from his story and a link to read the rest. Cross your fingers for us on October 29th!

The Primetime Emmy Awards were given out Monday night, but Moline’s Kelly and Tammy Rundle have their eyes on the prizes to be announced in late October.

Both of the married couple’s films had their qualifying broadcast premiere on WQPT-PBS.

“We are very excited to receive the news of two nominations and are grateful for the recognition for both films,” producer Tammy Rundle said recently in a news release. “Our deep gratitude goes out to Lora Adams and WQPT-PBS for the qualifying broadcast and for their ongoing interest in our work. We are grateful to all the participants and supporters who made these documentary films possible.”

Read the rest of the story HERE!