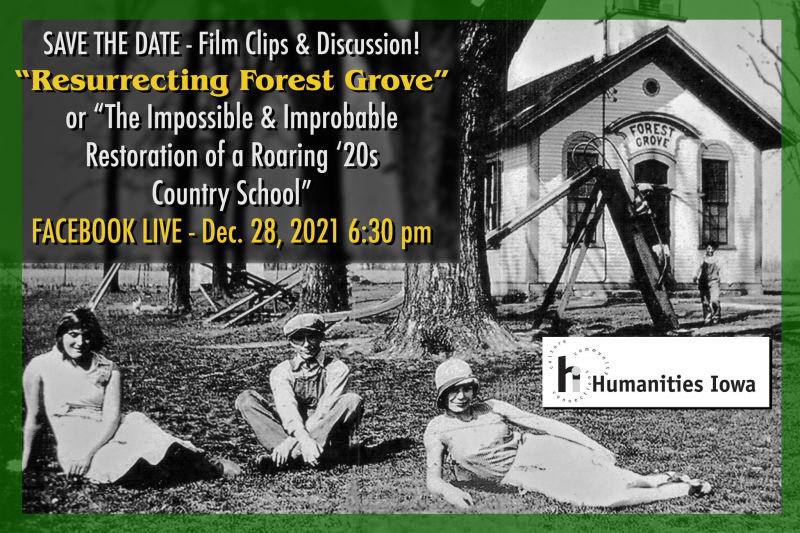 The Rundles first visited Forest Grove School in Bettendorf, Iowa in 2009 while filming snow scenes for their Mid-America Emmy® nominated historical documentary Country School: One Room – One Nation. The school appeared to be on the brink of collapse and unrestorable. In 2012, a small group of local preservationists, coordinated by Andresen, decided the 1873 Forest Grove School No. 5 could, and should, be saved.

Resurrecting Forest Grove will cinematically tell the dramatic true story behind the seemingly-impossible task of restoring the vintage one-room school to its 1920s appearance. Footage and interviews gathered over a ten-year period will depict the problems they faced and the solutions they employed as they attempted to bring this rural icon back to life. The surprises and successes of this challenging restoration project are intercut with a vivid historical portrait of the 'Roaring 20s' in rural America.

Resurrecting Forest Grove received partial funding from Humanities Iowa and is slated for release in 2022.

For more information about the new documentary, visit www.ForestGroveMovie.com and the film's Facebook fan page.