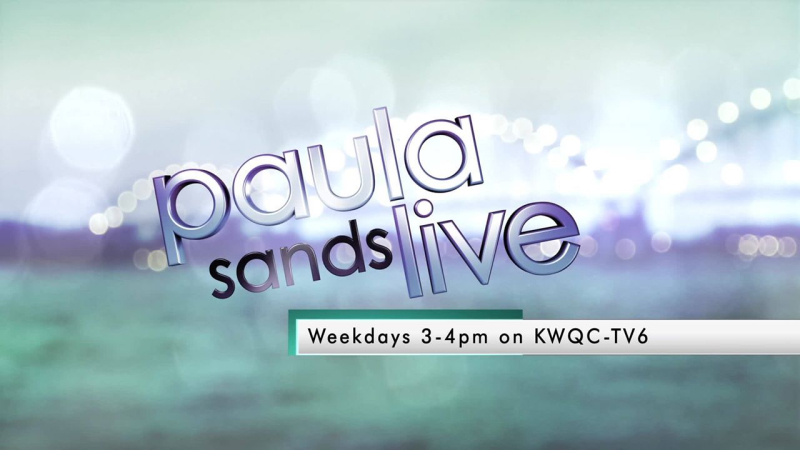 KWQC-6's Paula Sands Live! will have guests Kelly Rundle from Fourth Wall Films, and Sharon Andresen, Project Coordinator for Forest Grove School Preservation, on the show Tuesday, May 4 at 3:00 p.m. to  talk with Paula about the 7+ years of restoration work on Forest Grove No. 5, the official opening to the public later this month, and the new 10-minute museum film produced by the Rundles which debuts at the schoolhouse May 22.
Paula Sands Live! is featured weekdays on KWQC TV6 3:00 p.m. to 4:00 p.m.
"Five very generous donors made the museum film "Remembering Forest Grove" possible," said producer Kelly Rundle.  "We are grateful to each of them and excited to share the film with them and with the public May 22 at Forest Grove School."
The historic 1873 schoolhouse features fun exhibits, docent tours, an interactive film viewing, and plenty of history. Forest Grove School No. 5 will officially open to the public  Saturdays 9:00 a.m. until 11:30 a.m. beginning May 22, 2021. Admission is free for all ages. Donations are welcomed! 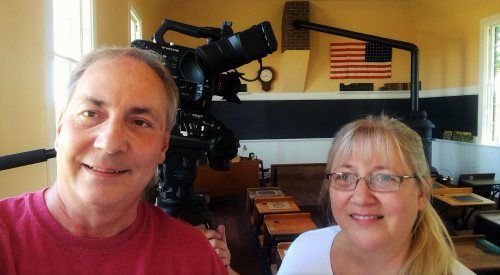 Kelly & Tammy Rundle, Fourth Wall Films, shoot interior footage at Forest Grove No. 5.
The Rundles are also working on a feature-length documentary entitled Resurrecting Forest Grove. The film will cinematically tell the dramatic true story behind the seemingly-impossible task of restoring a vintage one-room school to its 1920s appearance. Footage and interviews gathered over a seven-year period depict the problems they faced and the solutions they employed as they attempted to bring this rural icon back to life. The surprises and successes of this challenging restoration project are intercut with a vivid historical portrait of the 'Roaring 20s' in rural America.
Resurrecting Forest Grove is partially funded by a grant from Humanities Iowa, and the The National Endowment for the Humanities. The fiscal sponsor for the documentary project is The Moline Foundation. Resurrecting Forest Grove is slated for release in early 2022.
Fourth Wall Films is an award-winning and Emmy-nominated independent film and video production company formerly located in Los Angeles, and now based in Moline, Illinois.