Filming an American Icon at Night - the Journey Continues 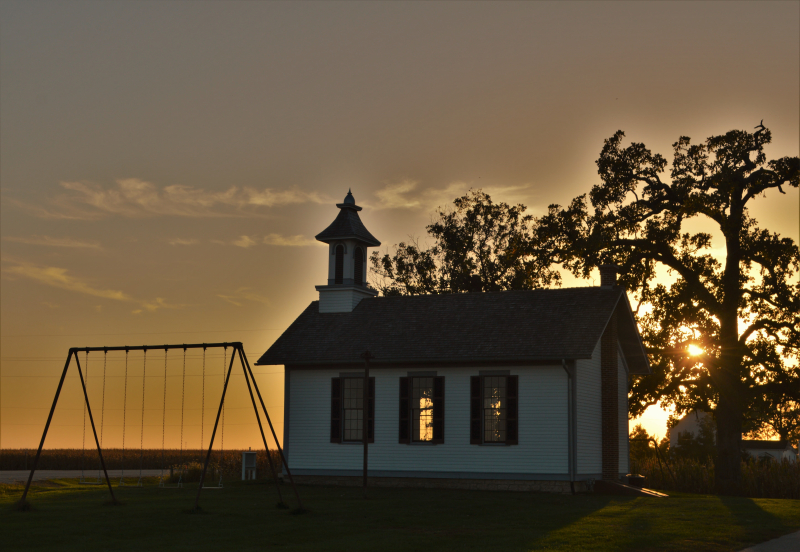 Forest Grove School No. 5 looks magnificent in the daylight during any season. It proved to look especially lovely at night.

Kelly and Tammy Rundle of Fourth Wall Films shot the restored schoolhouse from sunset until nightfall on an early October evening. The footage will be used in the Forest Grove School's new museum film and their new documentary feature Resurrecting Forest Grove.

The Rundles' are in post-production on the schoolhouse museum film and hope to have it wrapped in November.

Resurrecting Forest Grove's release date has been pushed to early 2022 due to the COVID pandemic. 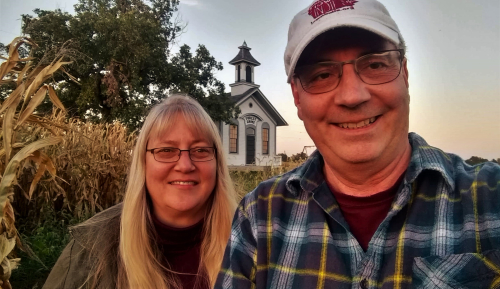 "We are in fundraising mode again for the documentary," said producer Tammy Rundle. "The pandemic has had an impact on many film projects in production, and Resurrecting Forest Grove is among them."

"We are grateful to those who have been so supportive and generous during our fundraising campaign," said director Kelly Rundle. "We are focused on raising a portion of the matching funds for a grant to complete the post-production phase on the documentary project."

Resurrecting Forest Grove will cinematically tell the dramatic true story behind the seemingly-impossible task of restoring a crumbling 1873 one-room school located in Bettendorf, Iowa to its 1920s appearance. Footage and interviews gathered over a seven-year period will illustrate the problems they faced and the solutions they employed as they attempted to bring this rural icon back to life. The surprises and successes of this challenging restoration project will be intercut with a vivid historical portrait of the 'Roaring 20s' in rural America.

The documentary project received partial funding from a grant award from Humanities Iowa. 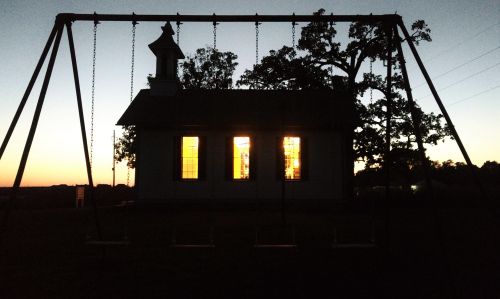