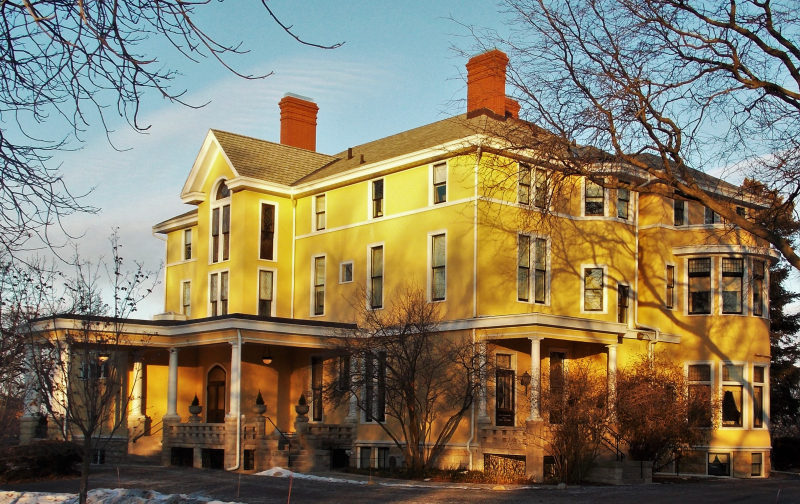 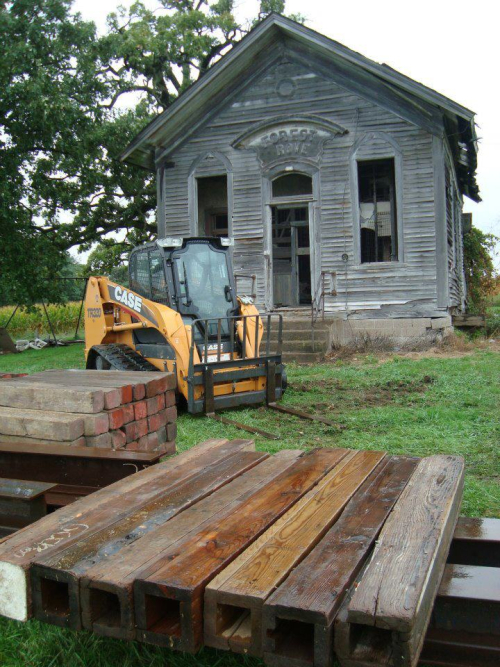 In 2012, a small group of local preservationists headed by project coordinator Sharon Andresen decided the 1873 Forest Grove School No. 5. could, and should, be saved.

The Rundles’ Resurrecting Forest Grove, will cinematically tell the dramatic true story behind the seemingly-impossible task of restoring the vintage one-room school to its 1920s appearance. Footage and interviews gathered over a seven-year period will depict the problems they faced and the solutions they employed as they attempted to bring this rural icon back to life. The surprises and successes of this challenging restoration project are intercut with a vivid historical portrait of the 'Roaring 20s' in rural America.

Resurrecting Forest Grove received partial funding from Humanities Iowa and is slated for release in 2021.  For more information about the new documentary, visit www.ForestGroveMovie.com and the film's Facebook fan page.

"Who am I to whine?" Winter production continues on Forest Grove films "We were waiting for a fresh snow fall at the school's location," said producer/writer Tammy Rundle. "In addition, we wanted a bright blue sky and sunshine." It was 8 degrees outside with a windchill of -15, when the day arrived with all of the 'elements' satisfied. 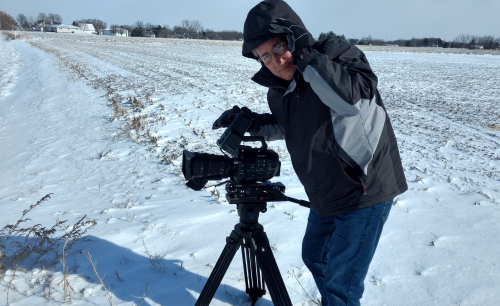 It wasn't the first time the Rundles found themselves in frigid conditions while filming Forest Grove. In 2009, the couple drove out to the delapidated one-room school in the country during a blizzard to gather footage for their award-winning and Emmy-nominated documentary Country School: One Room - One Nation.

"The snow and ice were pelting my face while I filmed the decaying building," said director/writer Kelly Rundle. "We seriously thought it was the last time we would see the school standing. It looked like it could fall in on itself at any moment, and the brisk wind that day made it seem even more precarious."

"On a day like today, with that bitter wind stinging your face, your eyes tearing up, and the cold cutting through your clothes, you really consider your sanity," said Tammy. "But then again, look at that shot! It was worth it! Besides, there are a lot of people who worked in all kinds of weather to bring Forest Grove back to life. So, who am I to whine?" 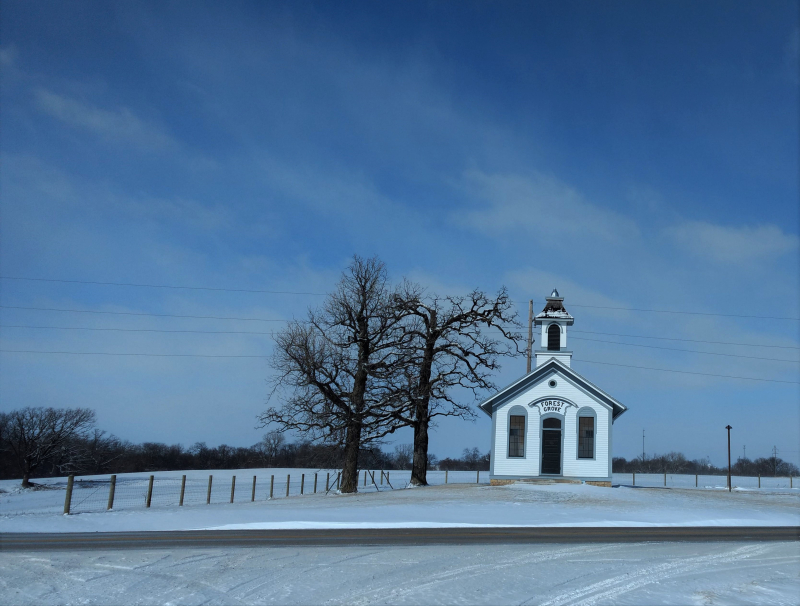