Home Archives Profile Subscribe
It all Began in 1946 - My Ford 9N Tractor Restoration Journey
Tractor Odyssey to and from Eau Claire, Wisconsin to Fetch a Ford 9N

Memories of a 1950s Wisconsin Tractor Rodeo and a Ford Jubilee 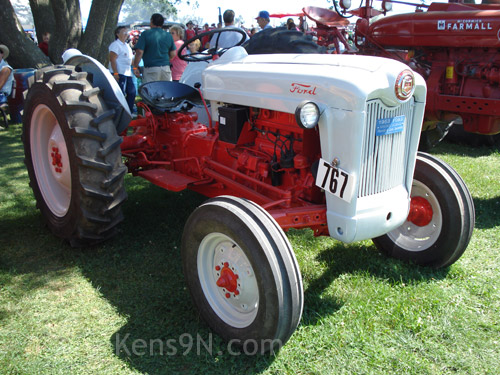 The Ford NAA Jubilee tractor was produced during model years 1952-1954.

As you know, I am the owner of a 1939 Ford 9N tractor and I'm in the middle of a restoration project.  But, I almost bought a different tractor.

I was a junior in New Auburn, Wisconsin in 1954.  One day after testing some milk samples in AG class I wandered over to a tractor rodeo in town.  My Dad's tractor was back on the farm, but my friend Allan North offered to let me use his father's tractor--a Ford NAA Jubilee. 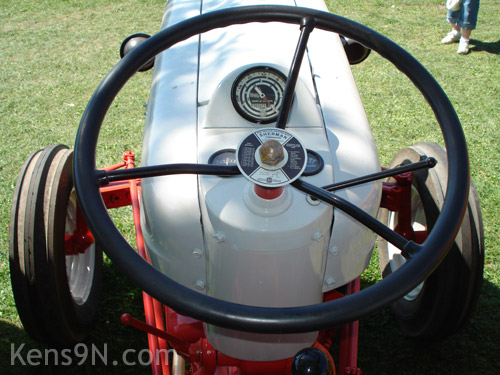 The Ford NAA Jubile had a more powerful OHV engine, and it was longer, taller, and
heavier than the Ford 8N tractor.

The tractor rodeo was an obstacle course testing operator skills.  Tests included backing up to a manure spreader, backing into a space while hitched to the two-wheel spreader and a four-wheel wagon, and connecting to a threshing machine with a belt pulley.

Scoring was kept by adding points each time a mistake was made.  I did well and got lucky.  When I engaged the belt pulley on the thresher it wasn't quite square.  The belt road right out to the edge of the pulley and held.

With 700 points I was declared the winner.  The second place finisher had 1400 points. 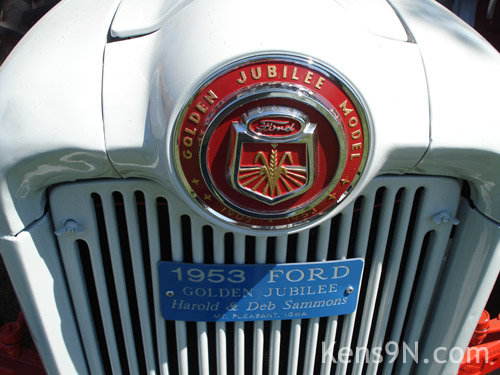 1953 was Ford's 50th Anniversary and the tractors were called Golden Jubilees.

While looking for a tractor to restore, I briefly agreed to buy a Jubilee.  My connection to that model was the win at the tractor rodeo.  I ultimately decided against the purchase because I thought it was too much money.  It also had two flat rear tires and new rubber is expensive!  The body panels were good and even though the paint was all gone, there was no rust.

The deal-breaker was that it wasn't the 2N or 9N I really wanted.  It wasn't a tractor like my Dad's.

I have just got my old WC Allis going the other day. It has been in the shed since 1973 not running. I had the magneto fixed, four cranks and away it went. My grandson has taken over ownership. He has been cleaning it up. Just talked too your dad. Sure remember your grandpas tractor. Even drove it a few times. Stop in when up this way. Harley Thompson