Tractor Odyssey to and from Eau Claire, Wisconsin to Fetch a Ford 9N 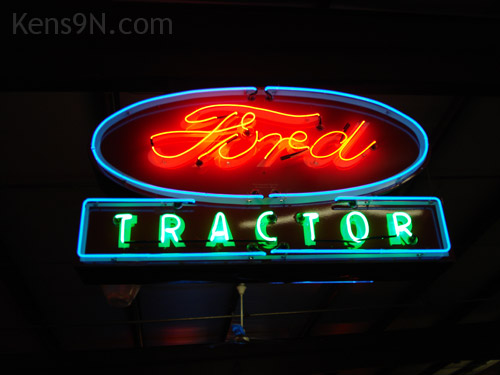 I'm finally getting around to telling the story of how I bought the tractor that I am restoring.  My wife spotted the tractor as we drove past Swoboda Implement in Bloomer, Wisconsin during the summer of 2006, and encouraged me to stop and look at it.  Later, my brother purchased it for me and stored it on his property.

With the tractor purchased, now I had to go get it.  My friend Tony offered the use of his 1984 four-wheel-drive Chevy pickup and a borrowed former U-haul auto transport trailer.

I was a little concerned because we had several hundred miles to travel.

We drove North on highway 61 to Wesby, Wisconsin, and then turned onto highway 27.  Suddenly the truck stopped running and we coasted to a stop next to a driveway leading to a farm.

We popped the hood, tried a couple of different things, and decided it was a failed fuel pump.  Having stopped for breakfast along the way, it was now about 10:00 am.  We still had a long way to go.

Now I'm thinking, "Gee, this truck is old, and where are we going to get a fuel pump?"

We looked over at the farm and a yard sale was going on.  We walked over to the lady in charge and explained our problem. 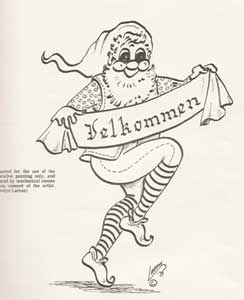 They told her that Westby didn't have a parts store, but there was one 6 miles back in Viroqua.  Tony asked her if there was a taxi in town, and to our surprise, there was!  We were about to call for a ride, when this guy buying stuff at the sale (who had been listening) offered to drive us to the store.

He paid for his garage sale stuff and we went on down the road with him.

Tony and I exchanged a little chit chat with the driver.  The man turned and said, "Do you drink?"  We both said no as he drank from a pop can.  We wondered what was in the can, but his driving seemed to be okay.

At the parts counter in Viroqua, we were told they had just sold their last fuel pump for a 1984 Chevy 350 the day before.  We went to another parts store in town and a guy pulled a new pump off the shelf.

We headed back to Westby.

The driver asked us if we might be wondering why he was doing all of this for us.  We said we were.  He explained to us that when his Dad and family drove to town, they almost always ended up helping someone with a ride.  So, he had continued that tradition.  Rural people must be more friendly that way.

What a sight Tony's legs were hanging over the front of that Chevy.  He knew what to do and I handed him the tools.  About that time a lady stopped by and asked us if we needed a ride.  We said thanks but we're about finished.  More small town helpfulness in Wisconsin.

It took another hour and a half to get to Eau Claire, Wisconsin where the tractor was being stored.  We loaded the tractor, made a few stops for gas and oil, drove at speeds of up to 84 mph towing that old 1939 Ford Ferguson behind.  We arrived back home at about 8:00 pm.

Next time I'll tell you what I found when I examined my "new" tractor for the first time. 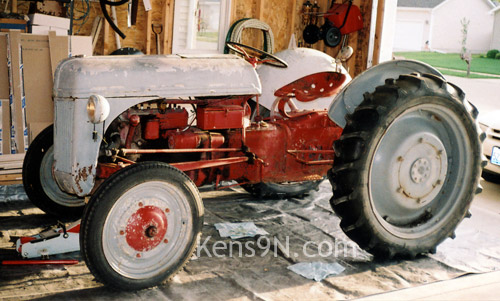