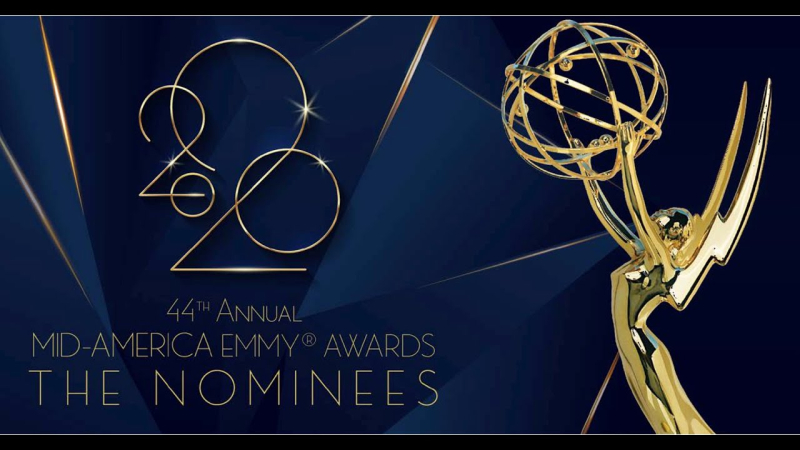 Becoming Harriet Beecher Stowe received a nomination in the Documentary-Cultural category. The film tells the story of the iconic writer’s time in Cincinnati, Ohio and how several life-altertering experiences contributed material for her best-selling novel Uncle Tom’s Cabin. Beecher-Stowe lived in Cincinnati between 1832 and 1850, and after her move to Maine, she adapted her Ohio experiences and new anti-slavery sentiment into America’s most influential novel.

Filming took place in Ohio at the Harriet Beecher Stowe House in Cincinnati, John Rankin House in Ripley, on a canal boat courtesy the Johnston Farm and Indian Agency in Piqua; and at locations in Kentucky, Connecticut and Maine.

The Fourth Wall Films docudrama Sons & Daughters of Thunder received three nominations including Best Arts/Entertainment: Program/Special, Best Original Music Score by William Campbell, and a nomination for Writing (Screenplay). The screenplay was adapted by the Rundles from the play “Sons & Daughters of Thunder” written by Earlene Hawley and Curtis Heeter. Kent Hawley co-produced the film with the Rundles.

Sons & Daughters of Thunder tells the unforgettable true story of the first-in-the-nation 1834 anti-slavery debates in Cincinnati, Ohio, led by firebrand abolitionist Theodore Weld as portrayed by Thomas Alan Taylor. The debates had a profound impact on a young Harriet Beecher Stowe’s views on slavery. Stowe is played by actress Jessica Taylor.

Kimberly Kurtenbach served as the Executive Producer and casting director on the project and played Harriet’s sister Catharine Beecher in the film. Janos Horvath starred as Lyman Beecher.

Sons & Daughters of Thunder starred many acclaimed actors from the Midwest and Los Angeles (MEET THE CAST HERE), and a small but mighty crew (MEET THE CREW HERE).

Sons & Daughters of Thunder was partially funded by a grant from the Quad City Arts (Illinois Arts Council Agency, Hubbell-Waterman Foundation and Deere and Company); and a grant from the Illinois Arts Council. The Moline Foundation and the Shell Rock Community Historical Society served as the fiscal sponsors for the project. Thunder is available on DVD at LaneRebelsMovie.com or Amazon.com, and it can be streamed via Vimeo On Demand.

Becoming Harriet Beecher Stowe was partially funded by a grant from the Ohio Humanities, a State affiliate of The National Endowment for the Humanities.