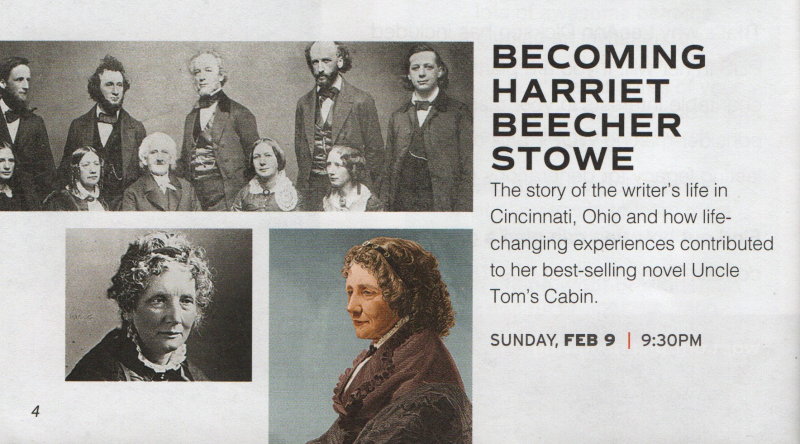 “We are very pleased that Becoming Harriet Beecher Stowe will have its broadcast premiere on WQPT during Black History Month,” said producer Tammy Rundle.