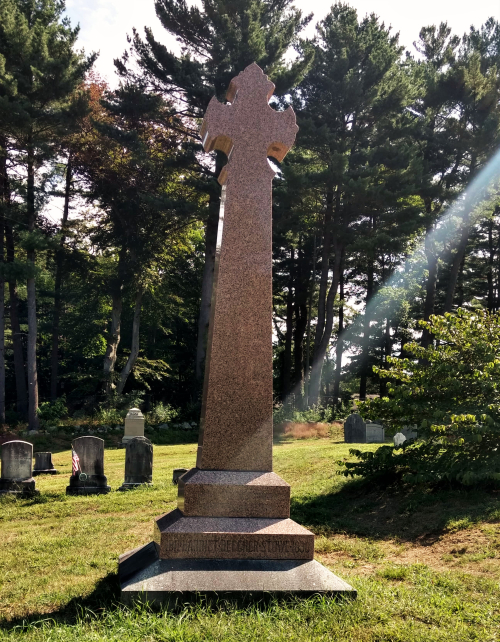 It was magic hour, when the shadows are long and the light is at its best.  There was little noise to distract.  Only the birds sang out at Harriet Beecher Stowe's resting place. Engraved on the foot of the monument are the words, Her Children Rise Up and Call Her Blessed.

She died on July 1, 1896 at the age of 85 in her Hartford, Connecticut home and is buried, along with her husband Calvin, in a small and quiet historic cemetery located at Phillips Academy in Andover, Massachusetts.  Their beloved son, Henry Ellis, who drowned at age 19 in the Connecticut River, is buried near them.

“Uncle Tom’s Cabin” had just been published when Harriet Beecher Stowe moved to Andover in 1852, where Calvin was a professor at the Andover Theological Seminary. They made their home there until 1864.