The First Congregational Church in Litchfield, CT was founded in 1721. The original meeting house was built in 1723.  Reverend Lyman Beecher served as minister from 1810 until 1826 preaching Calvanism. The current church building was built on site in 1829, three years after Lyman moved his family to Boston.

Harriet Elisabeth Beecher was born in Litchfield on June 14, 1811 to Reverend Lyman Beecher and his wife, Roxana Foote Beecher.  Harriet was the seventh of thirteen children born to Lyman.  Roxana died when Harriet was five. 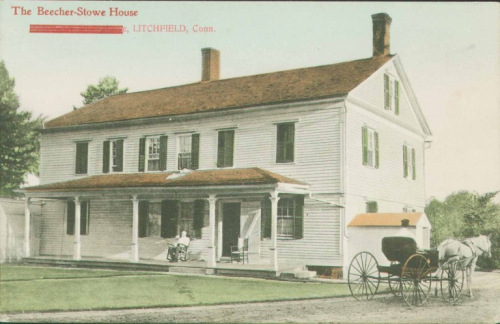 Lyman purchased the North Street house in 1810.  Harriet described the home as a “wide, roomy, windy edifice that seemed to have been built by a succession of afterthoughts.”  The family lived in the house for 16 years. 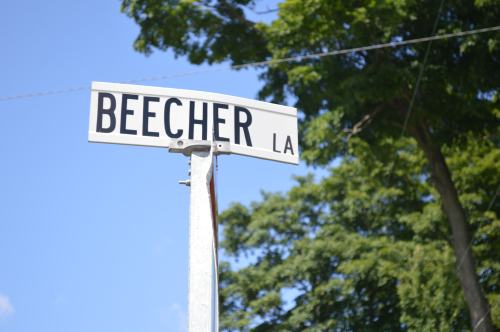 Nothing is left of the old Beecher homestead in Litchfield, but a Beecher Street sign. The Rundles did research at the Litchfield Historical Society and spent time touring the fascinating museum exhibit. 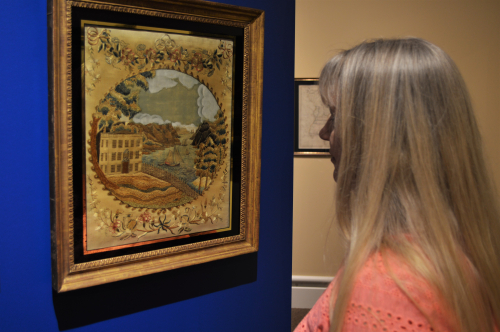 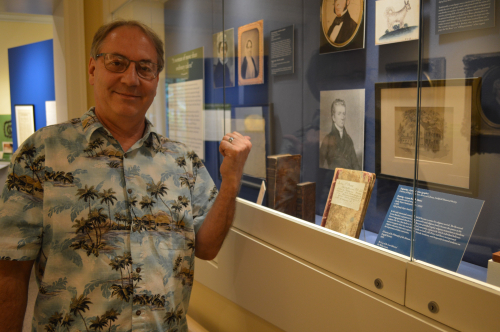 Director Kelly Rundle finds information on the Beecher family on display at the Litchfield Historical Society.