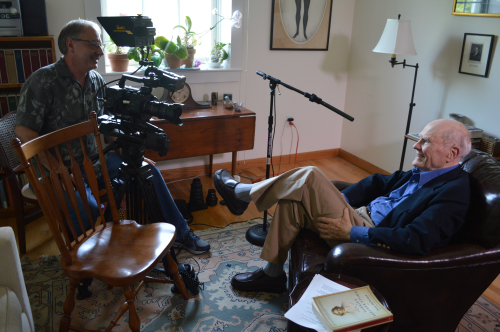 Dr. Philip McFarland during his interview for the documentary with director Kelly Rundle.

Kelly and Tammy Rundle of Fourth Wall Films met with Dr. Philip McFarland, author of the book "Loves of Harriet Beecher Stowe", at his home in Lexington, Massachusetts.  He has written seven non-fiction books (Hawthorne in Concord) and two fictional works. 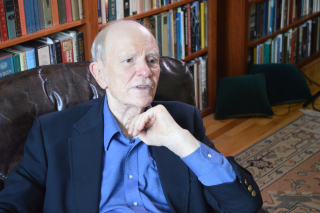 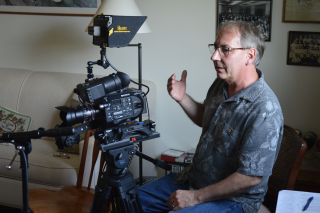 Dr. McFarland provided an on-camera interview for the documentary.

Through their fiscal sponsor, Friends of the Harriet Beecher Stowe House (FOHBSH), Harriet Beecher Stowe: Her Transformative Ohio Years was awarded a grant from the Ohio Humanities (OH), a State affiliate of The National Endowment for the Humanities.  Harriet Beecher Stowe: Her Transformative Ohio Years will tell the story of the writer’s life in Cincinnati, Ohio and how these life-changing experiences contributed to her best-selling novel Uncle Tom’s Cabin.  Beecher-Stowe lived in Cincinnati between 1832 and 1850, and just after her move to Maine, she adapted her Ohio experiences and anti-slavery sentiment into America’s most influential novel.  The documentary is slated for release in the fall of 2019.