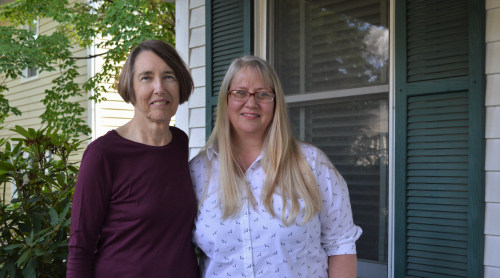 Dr. Joan Hedrick poses for a photo with producer Tammy Rundle following the interview for the documentary.  "It was a complete honor to meet her," said Tammy. "We are very fortunate to have Joan working with us on this important documentary project."

A week after receiving word that their short documentary Good Earth: Awakening the Silent City received a Mid-America Emmy nomination, Kelly and Tammy Rundle of Fourth Wall Films were on the road making their way to Hartford, Connecticut to begin production on their new documentary Harriet Beecher Stowe: Her Transformative Ohio Years (working title).

Dr. Joan Hedrick, professor emeritus--Trinity College in Hartford and author of the Pulitzer Prize-winning book Harriet Beecher Stowe: A Life, sat for an in-depth on-camera interview for the documentary project.  She shed light on Harriet's eighteen years in Ohio--considered 'the West' in 1832 when Harriet moved to Cincinnati--and the experiences that led to the creation of her magnum opus, Uncle Tom's Cabin. 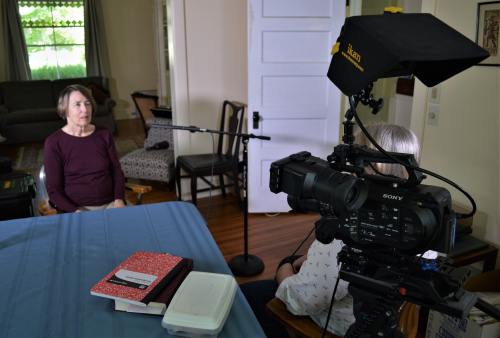 "The 'West' was the cradle of Harriet Beecher Stowe's career," said Dr. Hedrick.

Harriet Beecher Stowe: Her Transformative Ohio Years is slated for release in the fall of 2019.