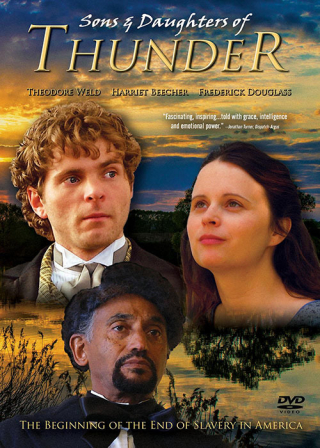 His words ignited controversy
and inspired a young writer.

Her incendiary book moved the nation
closer to Civil War

Discussing the abolition of slavery in 1834 was considered radical, even in the North. Organized by firebrand abolitionist Theodore Weld, the nation's first public debates at Lane Seminary in Cincinnati, Ohio led to near riot conditions in the city. The shocking oratory sparked intense controversy and awakened a young Harriet Beecher (Stowe) to the horrors of slavery. Harriet was captivated by Weld's charismatic leadership at a time when Calvin Stowe was trying to win her heart. When school trustees slapped a gag order on the "Lane Rebels", most of the students left in a collective Free Speech protest.

Inspired by Weld and the debates, Harriet later distilled her Cincinnati experiences into the world-wide best-selling novel "Uncle Tom's Cabin". This forgotten true story from award-winning filmmakers Kelly Rundle and Tammy Rundle was a prelude to America's Civil War.